To mark International Women’s Day we spoke to five successful career women about their experiences in accountancy. By Mark Rowland.

Opportunities for women have been growing over the past few decades. The number of women joining the sector is increasing – there’s a 50-50 split among accounting students, says the Financial Reporting Council – and women are well represented in lower- and middle-tier roles.

It seems doors are opening for women – but they have to push hard. 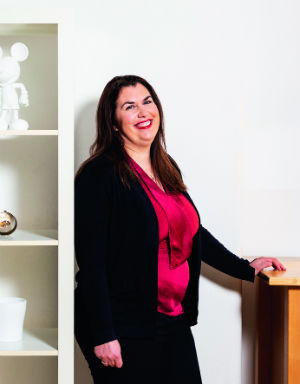 Nicky Goringe Larkin carved a career in accounting before launching her own accountancy firm.

Early on a male boss gave her some advice: “He said that, as a female, I would have to work twice as much and twice as hard to get on. Hopefully, that is not quite so true now, but it’s sad that he felt he had to say that.”

Goringe Larkin knew she wanted to run a business one day. She just didn’t know it would be in accounting.

She worked her way up to finance manager within three years of qualifying with CIMA, working in similar roles at several tech firms before setting up her own practice, Goringe Accountants, in 2007. “I always knew I wanted to run my own company, but I didn’t think I’d end up running an accountancy practice. I thought I’d end up running my own IT company.

“Lots of people said to me: ‘Why don’t you open your own practice?’ So I decided to give it a go, but I’d never been in practice, so it was a huge change.”

Starting as a small practice in a home office, Goringe Accountants is now well on its way to becoming a top 100 firm.

“I was always ambitious, and wanted to take on more and more responsibility, and I found it very frustrating when I would be told that I needed to be older and have greyer hair. That’s probably why I’m now running my own practice.”

Goringe Larkin still sees assumptions about gender affecting her staff – expectations about childcare are an example.

“So often I have a woman in my practice say: ‘I’ve got to go and pick up my son,’” explains Goringe Larkin. “You think: ‘Well why isn’t your husband doing it?’ I’m very lucky because my husband does do it.” 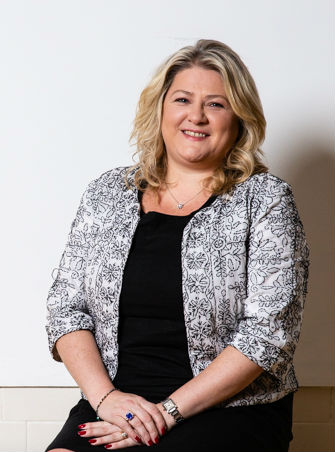 Jannine Edgar was the only girl in her sixth form. That experience stood her in good stead to deal with the male-dominated boardrooms she has worked in across the world.

In the 18 years that she was at industrial gas company BOC, she worked with a research team developing needleless injections, oversaw the company’s merger with the Linde Group, and stepped in to rescue the group’s ailing South African business.

Walking on the wild side

Before heading to South Africa, Edgar had already worked in roles in the US, completed the Linde merger and headed up operations in Ireland. She was ready for the challenge, she says: “Most of my male peers wouldn’t go because of the environment there. I think that, if you can step up and do something like that, you’ll have more credibility.”

Edgar proved her worth, finding ways to bring the business back from the brink after taking tough decisions.

The business culture was also tricky. “Being female and going into a male-dominated environment was a real challenge, but I think it worked for me to stay with the Linde Group, because they did keep putting those challenges on the table.”

Bosses who back you

Edgar says her career has benefitted from supportive men, who recognised her talents and gave her the chance to keep stepping up. “There still aren’t that many women in leadership roles, so you need men in business who are willing to be the champions of talented women in their organisations,” she says.

Edgar believes mentoring is vital to ensure that other women enjoy the same kind of opportunities that she has. “The women at the top should be sponsoring people further down, and not in their own organisations necessarily.

I think it’s our responsibility – the higher you go up in an organisation or if you have your own business – to be mentoring others.” 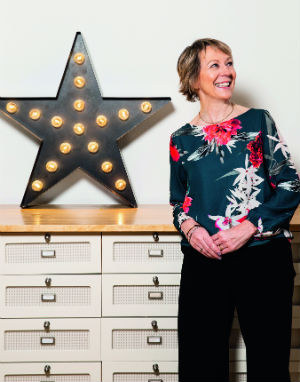 Angela Ashworth’s journey into accountancy started on a hotel management course. While her ambition was to run a hotel, the course’s accountancy module led her down a different path. “Instead of going straight into hotels, I ended up working for a leasing company in the finance department, and that’s how my career started. Then I did the AAT qualification by correspondence,” she says.

Ashworth went into the hotel sector and worked her way up at companies such as Thistle Hotels and Thermae Bath Spa. She also got involved in updating and modernising their systems, which proved to be the germ of a major change in her career.

The leap into consultancy

Around seven years ago, Ashworth, then self-employed, attended Xero’s first roadshow in the West Country. It was a ‘wow’ moment. “There were only about a dozen people in the room. I thought: ‘I’m putting all of my clients onto Xero.’”

Ashworth started working with traditional accountancy practices to tidy up client data and get it ready to review for tax purposes. Through doing so, she met her business partner, Oli Thomas, and they co-founded Purple Lime, which has grown into a team of seven in two years. “A lot of my role is Xero training, client onboarding, assessing workloads, streamlining things and suggesting new technologies,” she says.

Purple Lime has built flexibility into its culture and working practices, which is a result, in part, of Ashworth’s own experiences. When she had her family, she struggled to find work. She wanted to pursue her career but to work part-time or flexibly, so she could spend time with her family.

“We have one person who’s on maternity leave and another who will soon be going on maternity leave. For both, it’s their first child, and they’ve both said they’d like to come back on a part-time basis. We put a lot of time into training and the way we work in the practice – identifying the people we want and getting the culture right – so we don’t want to lose them.”

Technology evens up the playing field

Technology has been a real leveller, Ashworth explains, because it allows people to have more flexibility around when and where they work. And the new generation of accountants have grown up with it. “All of our team are in their 20s and 30s,” she says. “I think they just kind of accept that they’re all coming into it together. They certainly don’t have the same sort of issues and perceptions that I had when I first started out.” 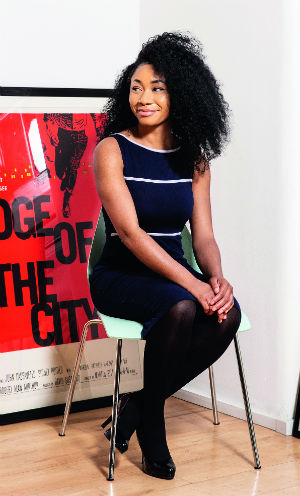 Bola Lawal grew up in south London but moved to Essex when her family could no longer afford to live in the capital.

She didn’t want to go to university and found it hard to get started in accountancy – even offering to work for free.

Her bosses praised her work and nominated her as LTSB apprentices of the year in 2018. She won and was invited to speak at a parliamentary hearing on the importance of apprenticeships, and how to improve access to them for people from disadvantaged backgrounds.

A chance meeting at a networking event with Susan Allen, head of retail and business banking at Santander UK, led to a huge opportunity for Lawal. Allen, seeing Lawal’s potential, put her in touch with Santander financial controller Mónica Díaz, who offered to mentor Lawal.

On one of their mentoring days, Díaz asked Lawal if she’d like to work at Santander. Lawal jumped at the chance. She now works in the head office as a group reporting accountant.

“Before I came into the industry, my idea of women in power positions was that they were kind of intimidating,” Lawal explains. “But the female mentors that I do have changed my perception. There are a lot of women who are more open to helping and guiding young people coming into the industry, because they’ve been through the challenges.”

Work prep starts in the classroom

Lawal would like to see more workplace skills taught in schools. For example, when she left school, Lawal lacked confidence in her communication skills. “Luckily for me, I was on a programme that helped me with that. A lot of us [on the programme] didn’t know how to write an email, what you do when you go into a meeting, how to communicate with people or how to adjust the way you communicate when you speak to someone who doesn’t have accounting knowledge.

“When I see graduates in the workplace, some of those skills probably would’ve been great for them to have as part of their degree.” 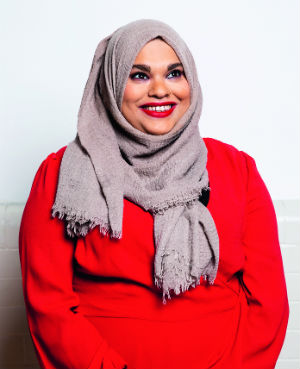 Farha Jamadar’s manager was made redundant while she was finishing her qualifications. It left her and a part-time colleague running the accounts department.

Jamadar had a choice: she could shrink from the challenge or she could step up.

“I was being asked questions left, right and centre, and initially I wasn’t able to answer them, but, as I progressed through AAT and stepped up more, I was able to understand the state of the company financially, where the needs were and where the gaps were,” she says.

When she’d finished her qualifications, Jamadar was promoted to accounts supervisor – a job she was essentially already doing. A couple of years later, once she’d achieved FMAAT status, she became finance manager.

Becoming the voice of the finance department so early in her career also meant finding the confidence to speak up in management meetings. Jamadar’s bosses have all been supportive, but she sometimes found herself inadvertently isolated by the shared interests of senior colleagues, such as golf or football. That seems like a minor problem, she explains, but it can result in an imbalance once the focus turns to work. The solution? Just make colleagues aware of the issue.

“You have to be sassy,” she says. “You have to find a way to own the conversation. They want to talk about football? Well, I bought a new pair of shoes – let’s talk about that,” she laughs.

Having started her career with a series of big challenges, Jamadar is still pushing herself out of her comfort zone. She’s now overseeing the implementation of new process management software and helping the business prepare for Brexit.

What can we glean from these five inspiring stories?

Women can progress through their own hard work, ability, ambition and a willingness to overcome difficulties. But all is not yet rosy in the garden.

While women are well represented in the sector overall, there are fewer at the senior level, particularly in large firms and corporations.

There are just ten female CFOs in the FTSE 100, and the Big Four firms pay their female workers up to 43% less than their male staff – largely due to the ratio of male to female partners.

That’s why accountancy as a sector needs more people to step up and offer support and mentoring to make sure opportunities remain open to all. All of the women on our panel have been supported by managers, mentors, business partners or family, who have made sure the door has stayed open as they’ve progressed. But ultimately they are the creators of their own success.

What needs to change

The more champions that women have at a senior level, the more opportunities will open up.

Technology allows us to work from anywhere. You can excel no matter what your commitments are. Company culture must change to reflect that.

At Aviva, two-thirds of fathers take six months off work to look after their children. Businesses should promote and embrace shared leave.

We must build pupils’ confidence so they fare better in the workplace.

Efforts must be made to include everyone in the conversation.

Why all this needs to change

Mark Rowland is the Editor of Accounting Technician and 20 magazine.