The World Cup is about to kick off. The final squads were submitted last week, with each nation deciding on the 23 players who will carry their hopes and dreams for the tournament.

With many millions being gambled by punters keen to predict who will win the trophy, could the value of each country’s squad provide an indicator of the winner?

AAT has used our maths skills to calculate the total worth of each of the 32 teams at the tournament, using the transfer values of the players who make up each squad. 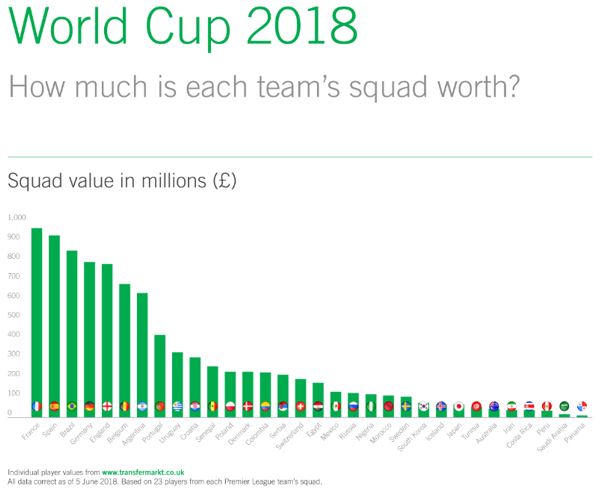 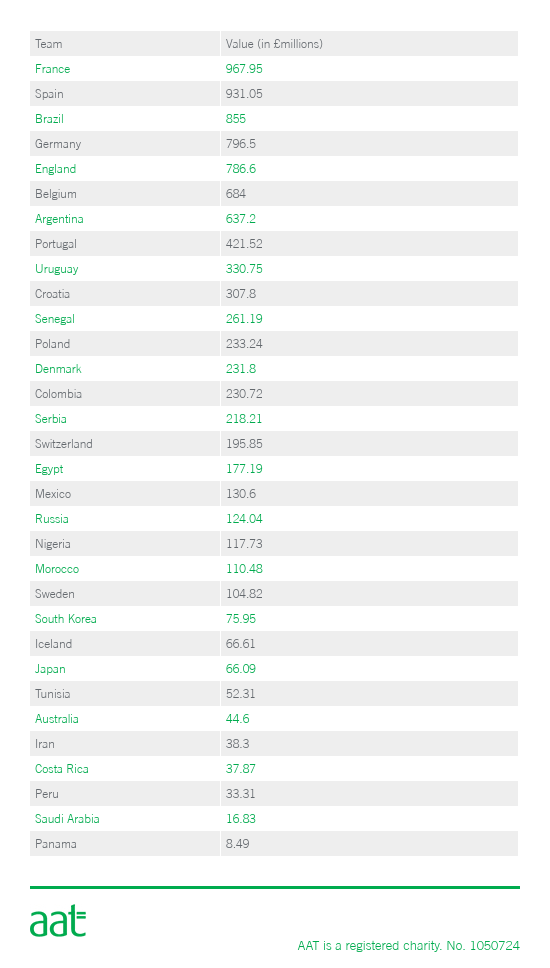 Rob Alder, AAT Head of Business Development says: “Based on the calculations, France are the most valuable squad in the tournament, with almost a billion pounds worth of talent, although Spain are not far behind. England are in fifth, and we will all be hoping that their relatively high value will mean that they can at least go into the later stages of the tournament – especially given that Portugal had only the sixth most valuable side at Euro 2016 but ended up with their hands on the trophy.

“At the other end of the scale, Panama have a total squad value which is less than one hundredth of France’s squad, and only twice as much as England’s least expensive player, Ashley Young, who’s valued at £4.5m. Egypt’s value of over £150m is somewhat inflated by the £135m price tag on the head of the currently injured Mohamed Salah.”

How would top Premier League teams fare in the World Cup? 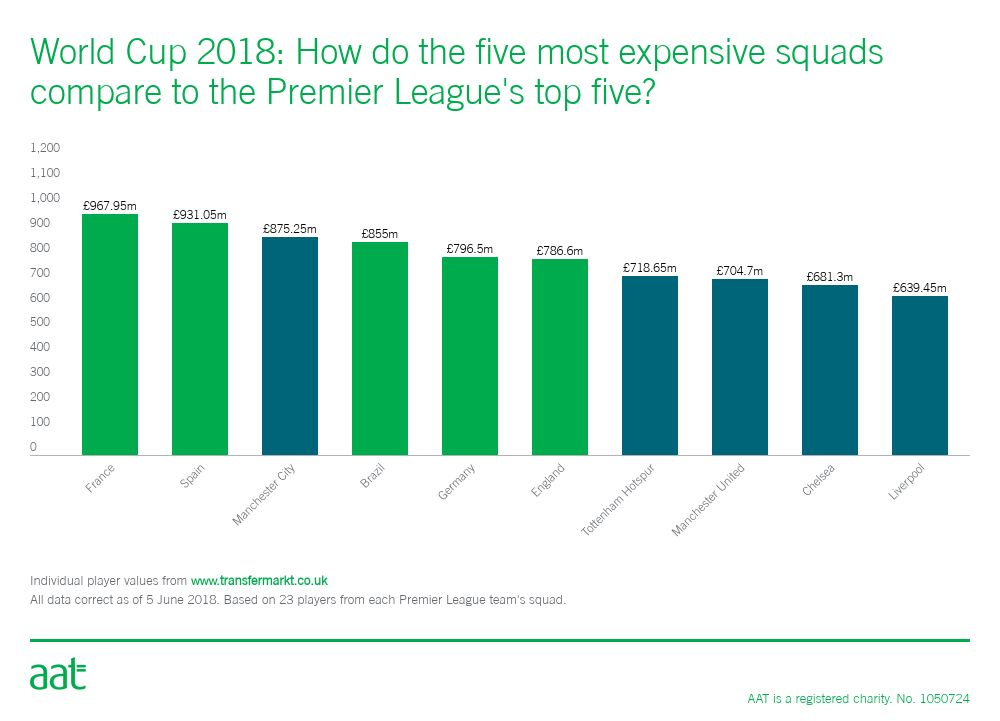 Looking at each team’s value, Manchester City would probably be one of the favourites for a semi-final spot if their squad was entered into the World Cup. The other four Premier League teams may not fare so well though, with values less than the top five most valuable nations, including England.

“As we’ve seen many times in the past however, football is not played on paper. So, I think we can expect to see some upsets in this tournament from teams with less resources beating countries with larger values, which should make it an exciting watch.”